Over the summer of 2019, I worked as a “local news automation fellow” for the Associated Press. Made possible through a Lenfest grant and coordinated from the Brown Institute For Media Innovation at Columbia University, this 12-week fellowship had two goals: build a software prototype that could automate stories on the education beat, and develop, in the form of a written report, a blueprint for news automation for the Associated Press and the local news outlets in its network.

Together with my co-fellow, Sam Moghadam, I worked from the AP’s HQ in downtown Manhattan, but we were piloting the project 40 miles to the east, at Long Island’s largest newspaper, Newsday. What follows is a brief description of the process and outcome.

First and foremost, we had to answer the question of what to automate. We identified multiple potential automation initiatives and settled on two main projects/stories: 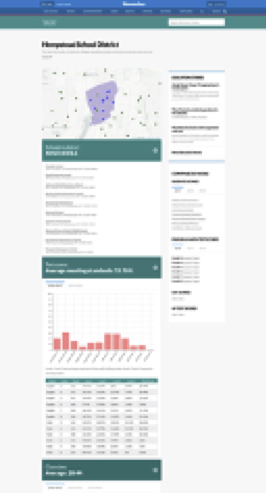 Automating the election coverage and the school district profiles relied on the same underlying technology: Natural Language Generation or NLG. Combine written templates and structured data into a generator, and automated text comes out. Think MadLibs, but with much more logic built in besides filling in the blanks (such as averages, comparison, lists, pluralization, etc). 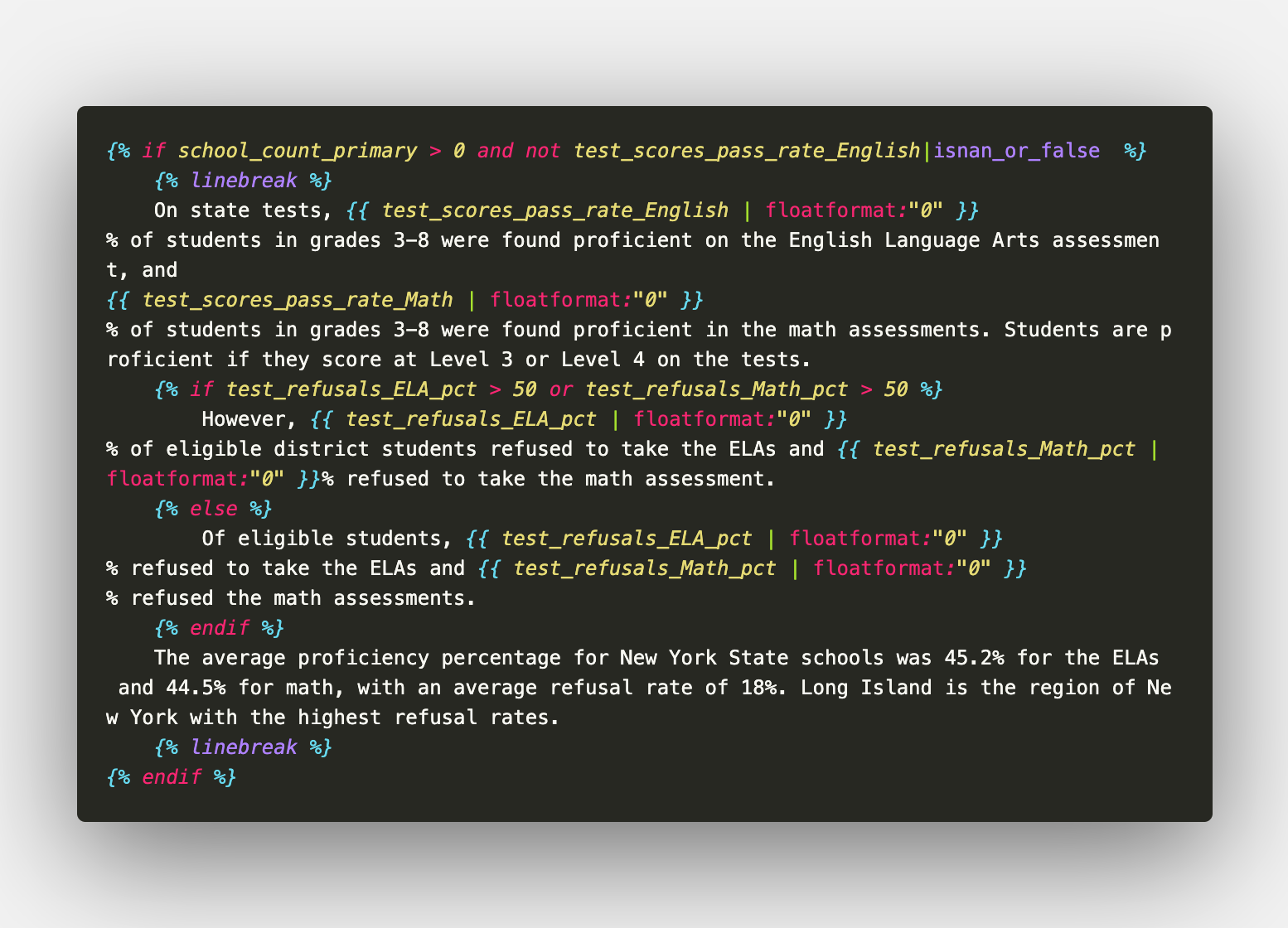 We as developers couldn’t write the text in white, because that required beat knowledge of Long Island’s education system as well as an understanding of Newsday’s editorial style. On the other hand, we could hardly ask Newsday reporters to learn how to write code. In the end, we settled on an iterative workflow, where one of Newsday’s reporters wrote example stories, we wrote the templates and the generator code. The generated stories were then corrected by Newsday, and we updated our code accordingly. For the election coverage, this process was easier because the example stories had already been written, so to speak, we could use past issues of Newsday as an example.

3. The technical nuts and bolts

We decided to use Python as the main programming language for the project for the following reasons:

We quickly decided to build our tool as a REST API which had a few advantages:

Some additional Python libraries we used that are worth mentioning:

By the end of the summer, not only had we produced a final report suggesting ways the AP could guide automation efforts in local news, we had also automated drafts for most of Newsday’s schoolboard election coverage, including voter guides, night-of live results, and next-day recap for 120+ districts. Here is an example of the outline for the voter guides: 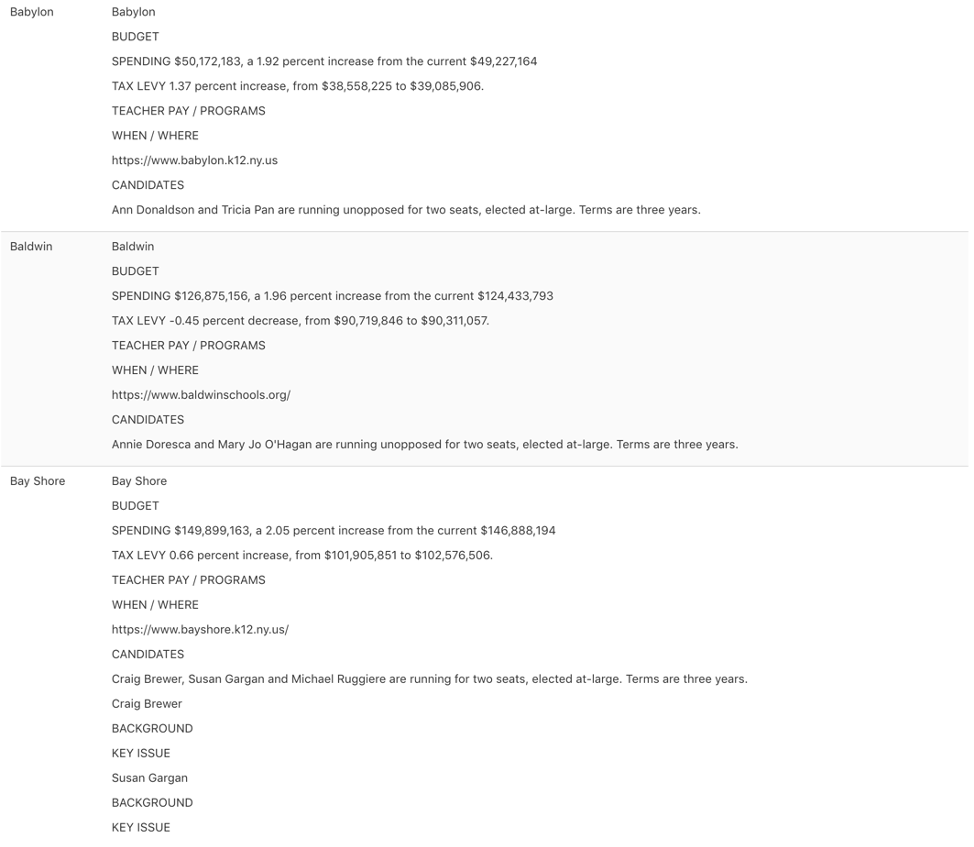 While reporters still have to write through this outline, data such as budgets, tax levy, term lengths, candidates and urls is already in place, saving them from repetitive and error-prone work.

Here is an example of a fully automated description of the Hampstead school district: 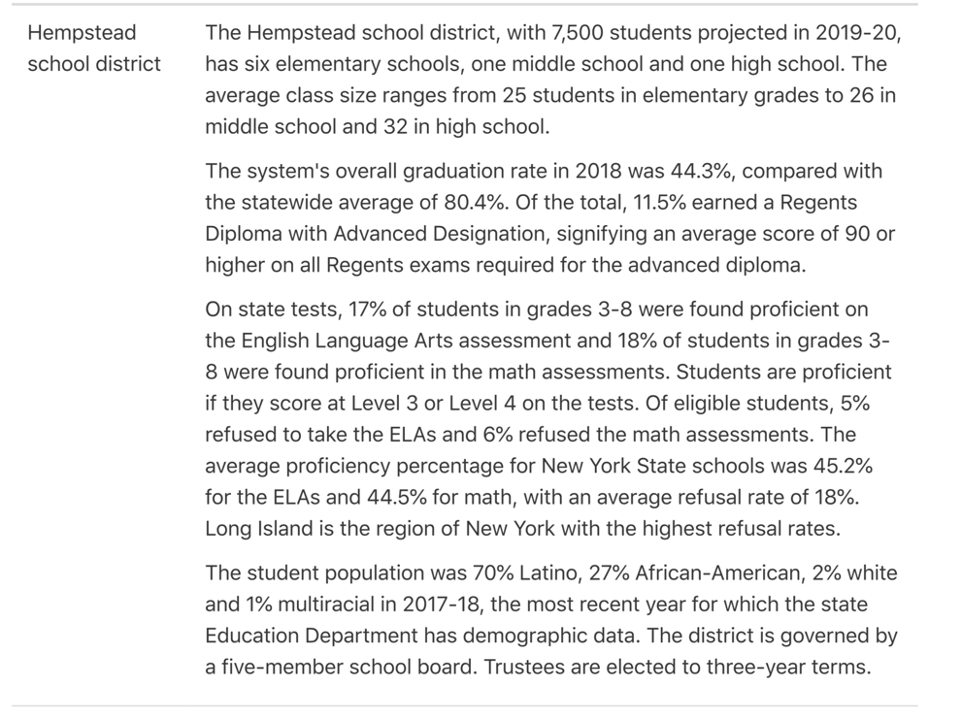 Using state-level education data, we generated similar multi-paragraph descriptions for all school districts in Long Island, ready to be published without the need for human intervention.

You May Also Enjoy

As the final project for my “Frontiers of Computational Journalism” class with Mark Hansen in the Fall 2019 semester, I interviewed scientists researching th...

Residential Evictions and Right To Counsel

As a final project for our Reporting class in the Fall 2018 semester, we did a series of stories on the rollout of the Right To Counsel, a legislative initia...

At the peak of her limbo career in the ‘80s, Earlyn “Kizzy” Ferguson was known for bending her body under a flaming bar balanced on two bottles of Coca-Cola ...

A dinosaur comes running around the corner of South 2nd Street, followed by Super Mario and a bespectacled aviator. Soon, two dozen trick-or-treaters have ga...